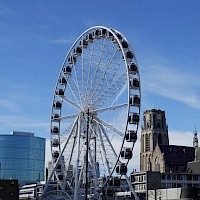 As divorce cases are by far the most numerous of family law cases, we will give you an impression of how a typical divorce case is handled by the Dutch courts.

A divorce case begins by filing a petition with the competent district court. The petition must then be served by a bailiff to the other party. Service of the petition gives notice that the other party has six weeks to answer the petition. Any answer must be submitted by a lawyer and cannot be answered in person.

Dutch law envisages combining all aspects of a divorce into one procedure, so custody of and visitation rights for any children, maintenance/ alimony and division of any marital property can all be combined in one petition. If the petitioner does not cover all aspects of the divorce in their petition, the 'defendant' may file a counter-petition, which the original petitioner will be granted leave to answer.

After these written exchanges, the court will plan a hearing with the aim of either trying to settle the outstanding disputes or to gather enough information to make a ruling. In complicated cases, it is often common practice that more than one hearing is held and parties are specifically instructed to provide further information before the next hearing. However, the courts have recently introduced new rules of procedure to reduce the amount of hearings necessary. One of the measures introduced, is to oblige parties to provide all financial information on the marital property before the first hearing.

A divorce case will generally lead to a formal divorce within six to nine months after the first petition. A divorce decree is then valid for six months after being rendered by the court. Within this term either or both parties must have registered the divorce with the Dutch Civil Register in the municipality where the marriage took place to formalise the divorce. If the marriage was conducted outside of The Netherlands, the divorce must be registered with the Foreign Register in The Hague.

Grounds for divorce in The Netherlands are that the marriage has irretrievably broken down (irreconcilable differences). This is not tested by the courts, so appeal of the divorce itself is rare and virtually never successful, even if religious grounds are cited. THe Dutch system does not weigh which party is to blame for the divorce, so adultery or other misconduct does not have a bearing on the outcome of the divorce.

All other matters covered in the divorce case may be appealed within three months of the ruling by the court to the Civil Appeal Courts.

The above describes a typical antagonistic divorce. If parties can, through mediation or mutual agreement, come to arrangements regarding the divorce, a joint petition can be lodged with the courts. This can be lodged by a lawyer appointed jointly by both parties. The courts will grant the divorce within weeks of the petition and usually no hearing is necessary, though some courts may as a formality invite children over 12 years of age to a consultation to hear their views on the arrangements made by their parents regarding care and visitation.

A joint petition saves both time and costs. An antagonistic divorce can cost up to or even above EUR 10,000, whereas a joint petition, even following on from mediation, will typically cost between EUR 1,500 and EUR 3,500. For expatriates and foreign nationals getting divorced in the Netherlands, the costs may be a little higher as more documents are required and extra depositions and translations may need to be made.

How can Bowmer & Nuiten help you?