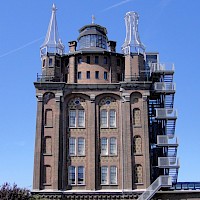 The below gives you an idea of how civil proceedings work in the Netherlands. Despite the best efforts of the courts, there are, however, still many procedural variants possible in civil cases, so the below is just a general overview of a straigtforward case.

A common misconception on receiving a writ of summons is that you must actually appear at a hearing on the first court date. However, the date stated in the writ is always an administrative docket date and the court only registers the receipt of the case and adjourns the case immediately on that date. There is no actual hearing. It is customary to have representation for the defendant introduce themselves on this date and request an adjournment.

In cantonal court cases defendants may either elect counsel (usually a lawyer or other legal professional) or defend themselves. Though the courts cannot refuse a defendant the right to defend themselves orally in cantonal cases, it is by far the preferred method that a defence is submitted in writing.

In all other civil cases , representation by a lawyer is compulsary to be able to address the court.

If no defence is lodged, the case is adjourned for a default judgement within four weeks. Within this period it is still possible to clear the default by electing counsel or lodging a defence.

When a defence is lodged, the courts will schedule a hearing to both gather further information for deciding the case and to test whether parties can come to a settlement. Some judges will even give interim opinions on how the case will be decided if a settlement is not arrived at. It is common to send parties to the corridor to negotiate a settlement during the hearing. Other judges will, however, remain completely silent and leave parties guessing at the outcome. Judgement is never rendered at the hearing itself, but at least six weeks later.

In some cases it is obvious that a settlement will not be arrived at and the judge will use the hearing to discuss points of law and how the case will continue. What witnesses do parties wish to hear? Is an expert report necessary to assess damages? These hearings are generally more technical and are used to streamline the further proceedings.

All judgements by the lower courts may be appealed to the four Civil appeal courts. If a cantonal court judgement is appealed, then the appellant may no longer represent themselves, but must appoint legal counsel, i.e. a lawyer. In principal, the appeal process only allows for one round of written submissions and one hearing, but if the appeal court comes to a different decision to the lower court, witnesses may still need to be heard etc. The appeal process can therefore entail all of the procedural complications of the first proceedings.

The appeal process assesses the merits and facts of the original case and can entail a full re-examination of the case, though this depends on what points of the first judgement have been appealed. If, for example, only the amount of damages awarded in a civil case have been appealed, the appeal court may not examine whether the other party is liable or not. That will be an irrefutable fact in the appeal case. The grounds for appeal submitted are therefore of great importance to what the appeal court may rule on.

If you have any questions regarding civil law proceedings in the Netherlands, please feel free to contact Maria Bowmer at our expatriate desk.