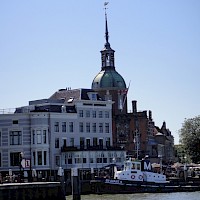 Dutch law allows for injunction proceedings (also known as summary proceedings: "kort geding") in all cases of an urgent nature.

How to obtain a hearing at short notice

The injunction is brought after consultation with the competent court when there is court time available for a hearing. Depending on the urgency of the matter, the hearing can be a matter of hours later or up to four weeks later. Once the hearing date and time is established, the writ of summons must immediately be served upon the counter-party. The counter-party can either answer in person at the hearing or elect legal counsel. In the latter case, documents are usually submitted up to 24 hours before the hearing to refute the claim.

The judge in injunction proceedings has a lot of freedom to assess the case and does not have to follow all the rules of civil procedure. The judge may even refuse to render a judgement, because the case presented is too complicated for an injunction hearing.

Typically, the court will rule on the injunction proceedings within two weeks of the hearing, but in some really urgent cases, the judge can even rule orally and give an immediate judgement.

An injunction can often be appealed, but loses its special status as a fast track case and the normal rules and terms for appeal apply.

If you have any questions regarding injunction proceedings in the Netherlands, please feel free to contact Maria Bowmer at our expatriate desk.