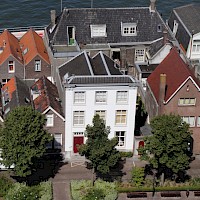 Below please find some general information on how the Dutch court system works and what to generally expect when bringing or defending claims in the Dutch courts.

The Dutch court system has two main entry points, through the small claims courts (also known as cantonal courts: "kantongerechten") for monetary claims of up to EUR 25,000, employment cases and cases involving the lease of residential and commercial property. Legal representation by a lawyer or barrister is not compulsory, but in most cases is advisable when defending or bringing a case as the rules of civil procedure can be complicated.

Legal representation is not compulsory in administrative/ planning law cases.

In civil cases, after appeal, matters of law can be appealed to the Supreme Court ("Hoge Raad") which is the highest court in The Netherlands. Thereafter only the European Court of Justice can overturn Dutch rulings.